Into the ‘Lord of the Arctic’s Lair’

Seeing polar bears in the wild had always been on my wish list, so when I was offered a berth on an expedition cruise to the Arctic island of Spitsbergen, I jumped at the opportunity.

I began my Arctic journey in Spitsbergen’s tiny capital of Longyearbyen, arriving there at 1am to be met by bright blue skies and sunshine; a bizarre experience but something I would soon get used to, for the Arctic succumbs to the midnight sun throughout the summer months.

The following morning I explored the town’s museums and small parade of shops, stocking up on thermals - you can never have too many in the Arctic! Later that afternoon, we were met by One Ocean Expeditions and whisked off to the Akademik Sergey Vavilov, my secure and comfortable abode for the next nine nights.

I was welcomed on board by the ship’s friendly and enthusiastic crew with a glass of champagne, which helped get everyone well acquainted. All the necessary safety procedures and an overview of the day to day schedule were then covered by our Expedition Leader John, before dinner was served; the first of many wholesome three-course lunches and dinners. The menu changed daily and was always varied, with special dietary requirements very well catered for.

We were even treated mid-cruise to an Arctic BBQ up on deck, surrounded by majestic snow-capped mountains and glaciers, A unique and rather chilly experience, but hot toddies and Beach Boys’ hits blaring from the tannoy helped warm me up! I must have struck lucky with the cruise dates, as the normally inconsistent weather was beautiful throughout and the ice had melted enough to allow us to fully circumnavigate Spitsbergen - something which was not originally planned and allowed us to see both sides of the island. I have to admit that I was a little surprised by the pace of the cruise, as the programme gave us precious little time to relax. Not that I minded of course; I was here to work and to learn as much about the Arctic as possible! 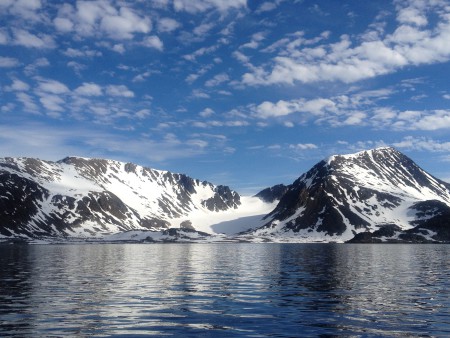 Typically, each day would begin at 7am, with breakfast served at 7.30am before a zodiac excursion or shore landing at 9am lasting around three hours. The guides who led these excursions often had a particular speciality; birding or wildlife photography for example, so you could choose which one to join dependant on your own specific interests. You could also choose whether to join an easy, moderate or fast walk on the shore landings (the latter certainly helped me work off those big meals!). Then it was back to the boat for lunch followed often by a short lecture before another three hour excursion at 3pm.

Dinner would be served at 7.30pm during which you would be told about the next day’s programme. The ship’s tannoy system would also keep you updated during the day. I was equally fortunate to tick off the wildlife c ommonly associated with the Arctic: four polar bears (three at close range), reindeer, puffins, bearded seals, walrus, a pod of humpback whales and some very playful Arctic fox cubs. However, the undoubted highlight for me was stumbling across a huge huddle of walruses on the beach. Our guide ensured we walked in single file and in silence so as to not disturb them, and we were then able to sit watching them play from just ten yards away. At one point they all followed one another into the sea and swam close to the shoreline facing us, as if they were more intrigued by us than we were by them! 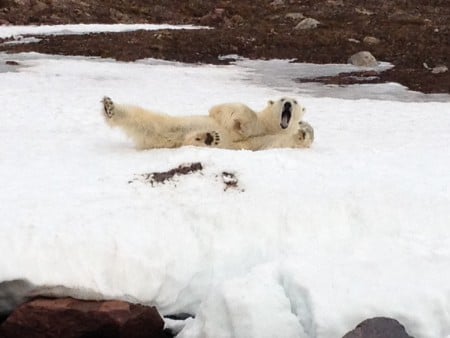 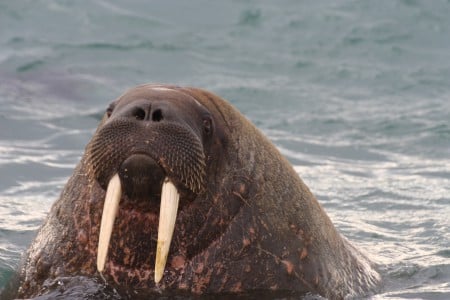 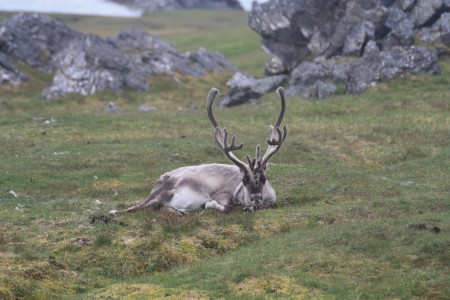 The scenery was also a massive highlight for me, and I was amazed by the sheer size of the glaciers. We could often hear the internal cracking of the ice from afar and were at times in the right spot to watch a huge block of ice calve from the face of a glacier and disappear under the water, before emerging a few seconds later as an iceberg and creating a small tidal wave. 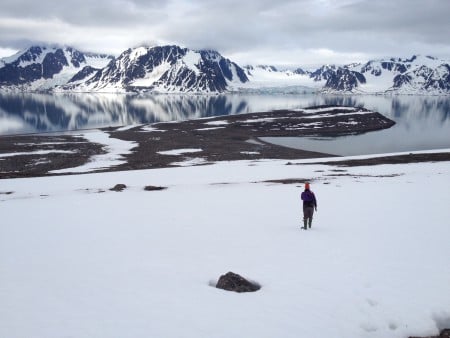 I have never been anywhere in the world where I could simply switch off from everything - no phones, no internet, no traffic and no civilisation other than my fellow passengers. It was a truly magical place and a truly memorable experience.