From Mexico City, Paul drove north to explore some of the country’s historic colonial gems, before taking a short flight across to the Baja Peninsula to snorkel with whales and sea lions in the Gulf of California.

“I flew out from London on AeroMexico’s daily Dreamliner service to Mexico City and would agree that these planes are not only quieter but do also reduce the jet lag.

Just half a century ago, Mexico City was the base of the Aztec Empire before they were ruthlessly overthrown by Hernán Cortés and the Spaniards. After a couple of nights at Las Alcobas in the trendy upmarket neighbourhood of Polanco, I drove north via the Pyramids of Teotihuacan, where the Aztecs believed that the gods created the universe, to the city of Querétaro where I stayed at La Casa de Marquesa. Founded in 1531 by Franciscan monks, Querétaro is important for many reasons - it was here, for example, that the 1848 treaty was ratified surrendering 55% of Mexico's territory to the United States. 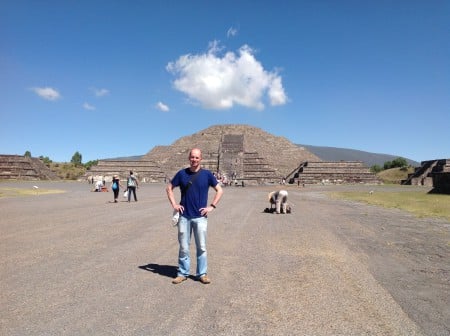 Paul at the Pyramids of Teotihuacan outside Mexico City

As time was short, I only managed a brief but delicious lunch at Belmond Casa Sierra Nevada (a beautiful colonial hotel made up of six 18th century houses) in San Miguel de Allende. San Miguel was an important stop on the silver route and has recently become an established favourite for art lovers and has a number of beautifully preserved colonial buildings.

Following a night at Villa Maria Cristina in Guanajuato, a UNESCO World Heritage city and home to one of the world’s richest and most productive silver mines in the mid 1700s, I continued by road to Morelia, a colonial gem with a wide range of museums, art galleries, restaurants and cafes, and on to Pátzcuaro.

Paul at the Plaza Grande in Pátzcuaro

Pátzcuaro is a magical place with strong indigenous traditions and is renowned for its wonderfully authentic Day of the Dead celebrations, where fishermen row across the lake to the island of Janitzio in canoes aglow with candles. The warmth and hospitality of Didier and Gemma at Casa de la Real Aduana here was one of the highlights of my trip.

Reluctantly bidding them farewell I travelled back to Mexico City to fly west to San Jose del Cabo on the Baja California Peninsula where I picked up another hire car. I soon realised that driving here was going to be much more relaxing than on the ‘mainland’! There are only two main towns on the southern tip of Baja - San José del Cabo which is pretty sleepy and retains the look and vibe of an authentic Mexican town with cobblestone streets and intimate restaurants, while Cabo San Lucas is altogether flashier with funky bars and the slick Luxury Avenue mall at the heart of its marina.

I spent the first night at Casa Natalia, a colourful boutique property ideally located for the restaurants and bars of San José del Cabo, before heading west along the coast to check out three of Baja’s leading resort hotels - La Esperanza, Las Ventanas al Paraíso and The Resort at Pedregal. At Las Ventanas I signed up for a half-day snorkelling, kayaking and paddle boarding excursion, which was fun in itself but then completely out of the blue turned into a whale watching adventure! 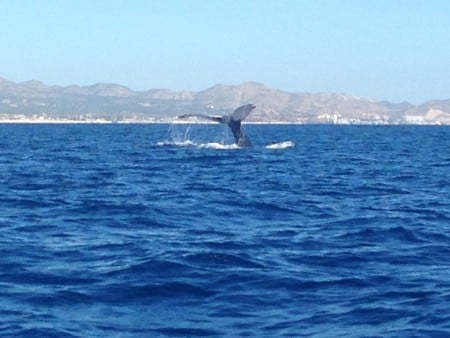 I also found time to drive north up to La Paz, stopping briefly for a quick lunch at ‘the Hotel California’ in Todos Santos, to explore the fascinating island of Espiritu Santo and to snorkel with the local sea lions. Another fun adventure, but I advise you to hire a wetsuit as the sea lions can get a little playful! 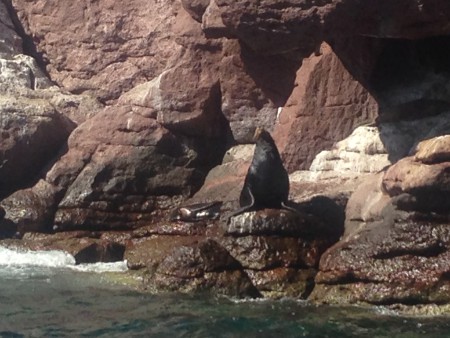 I ended my journey at The Cape, a fashionable Thompson hotel just outside Cabo San Lucas, in time to catch the end of the annual Los Cabos VIP summit which brings together travel industry professionals from around the world. The message seemed to be that the tourist industry in Mexico is going from strength to strength!"

Paul visited Mexico in November 2015 with the support of Journey Mexico and the Los Cabos Tourism Board.