Paul Webb travelled to the cosmopolitan capital of Panama City before heading off to the Honduran island of Roatan in the Caribbean, the Mayan ruins of Copan and finally the luxury Lodge in Pico Bonito National Park.

I last visited Panama and Honduras as a backpacker more than ten years ago and so I was keen to return, not just to renew acquaintance with some favourite old haunts but more importantly to discover some of the places I’d missed out on my earlier trip - albeit in a slightly more luxurious manner!

The thing that struck me immediately about Panamá City was how safe the Casco Viejo (Old City) is now. I felt completely at ease walking around during the day and night. The upmarket American Trade Hotel that used to be a branch of the National Bank of New York has opened recently, but the younger crowd might prefer the Tantalo with its rooftop bar and DJ. 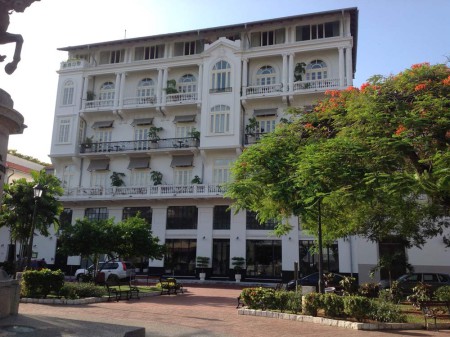 I made the obligatory visit to Miraflores Locks to watch the big ships passing through the Canal, and then continued to Gatun Lake to see how the expansion project was going. When completed, it will double the Canal’s capacity.  I also enjoyed a delicious fish lunch with the Emberá tribe, who live on the banks of the Chagres River outside the city, and learnt a little more about their indigenous culture.

From Panama City, I flew north to Honduras and the Caribbean Island of Roatan where you can interact with dolphins (animal therapy at its finest!), before heading inland to the Mayan ruins of Copan. It is said that Tikal in Guatemala is the New York of the Maya world because of its soaring pyramids and temples, while Copan is like Paris - a deserved accolade for its remarkable artistic and cultural achievement. 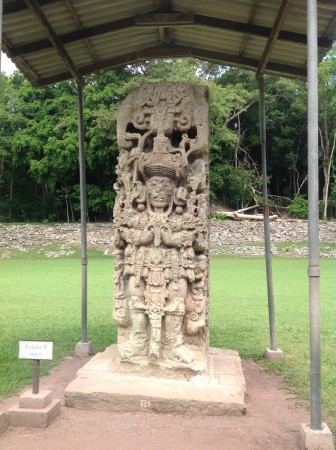 The final leg of my itinerary took me to the Lodge at Pico Bonito National Park, voted one of the world’s top 50 eco-lodges in a recent National Geographic Traveller poll. More than 400 bird species have been recorded here, the snorkelling at Cayos Cochinos was simply spectacular and the adjacent Cuero y Salado Wildlife Refuge is a sanctuary for monkeys, crocodiles and the endangered West Indian manatee and yet more birds. It was the perfect place to end what had been a trip down memory lane as well as a journey of discovery.