HRH the Duke of Cambridge became the charity’s Royal Patron in 2005 and has been a proactive supporter of Tusk’s work ever since.

On November 25th, the Tusk Conservation Awards, developed by Tusk aim to recognise and celebrate outstanding achievement in the field of African conservation. The two awards are:

The Prince William Award for Conservation in Africa

To help raise awareness of the awards, a very limited number of wristbands have been made by the mamas of the Enkiito village in Kenya. The money received for their work, goes directly towards paying for their children to attend school. Bear Grylls has been the first to show his support! 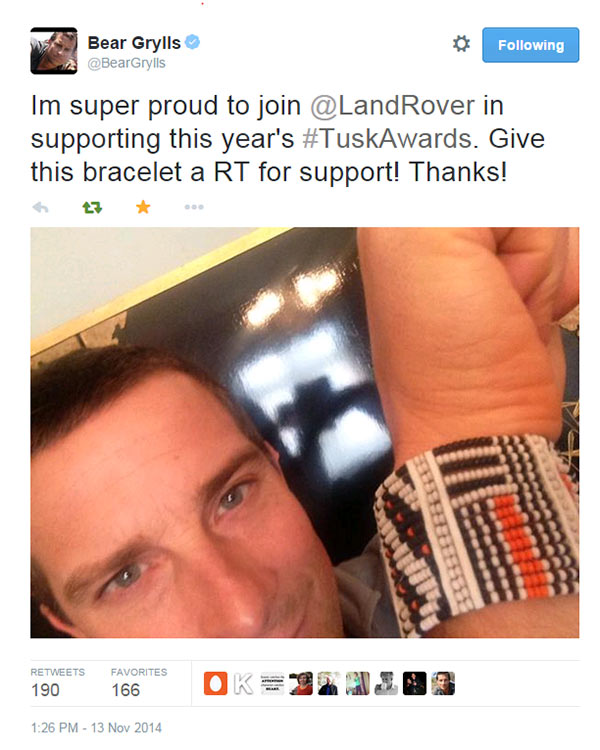 Keep an eye on our Facebook and Twitter in the build up to the Awards, as we will be sharing news of the nominees.