‘My parents, David and Nicky Rattray, moved to Fugitive’s Drift in 1989 with the idea of starting heritage tourism in South Africa.

Many thought they were crazy – who, after all, would want to come to this little place that is not really on the way to anywhere?

But guests did come and over the years my parents were able to improve facilities at the lodge. The focus was on the battlefields of Isandlwana and Rorke’s Drift. My father was intent on relating these stories in the most balanced way possible and spent countless hours with Zulu men whose fathers had fought in the battles; indeed, he assimilated a great deal of the old Zulu oral tradition into his talks. 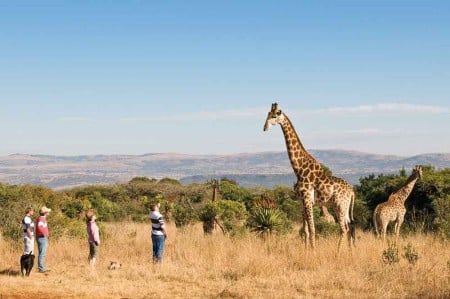 He was also adamant that these were not just stories of conflict, but stories of compassion, reconciliation, courage and endeavour, and of the actual people who shaped the events.

After his tragic death in 2007, I knew that one day my turn would come to present these epic stories, but I needed more time to complete my bachelor’s degree and to learn my trade at other camps around South Africa.

For the last four years, Rob Caskie has flown the Fugitive’s Drift flag with considerable aplomb but recently decided to move on to pastures new as a freelance field guide and public speaker. The flag has now been passed onto me, and to be back at Fugitive’s Drift working alongside my mother, Nicky, and taking guests out to the battlefields is wonderfully fulfilling. 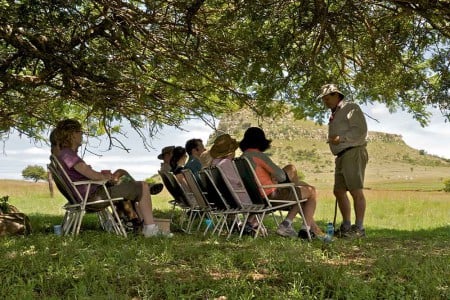 I thought at first it would be difficult, but telling these stories again has brought me even closer to my father. He, and Rob, wanted guests to leave here with an understanding of what it was ac
tually like to have fought in these battles, and I am determined to continue the remarkable legacy with which I have been entrusted.’ Andrew Rattray, 1/12/11

A visit to Fugitive’s Drift and the Zulu Battlefields can be included in any trip to South Africa. Best to fly to Durban and hire a car for the 4-hour drive to the lodge.
You can then continue on to the Drakensburg or to Phinda for a ‘Big Five’ safari in this private and very distinctive game reserve.