Australia’s Queensland is famously known for the Great Barrier Reef – Jeremy Webster explores what else this popular state has to offer.

The State of Queensland in the North East of Australia is often seen as a massive draw card for the country being home to the Great Barrier Reef. However, on this particular trip my aim was to explore some of the lesser known parts of the state and to head inland away from the hustle and bustle of the coastal regions generally explored by the first time visitor.

The small city of Brisbane is the access point for Southern Queensland. Sydney may have its harbour views and Melbourne it’s arts scene, but what Brisbane has is a laid back charm, great year round weather plus a buzzy café and food culture which can rival any city in the world.

From the city my first journey took me two hours travelling south west through the picturesque Queensland hinterland to the little known Main Range National Park. This is a region of impressive mountain peaks, escarpments and ridges that offer breathtaking views. The National Park is part of a World Heritage area containing ancient rainforest and is home to rare and endangered wildlife.

I stayed in the luxurious Spicers Peak Lodge, one of a collection of luxury lodges in Australia. It sits perched stunningly on a mountain top surrounded by views across the hinterland as far as the eye can see. Access is by 15 kilometres of winding, undulating, unsealed road which adds to the sense of adventure as you approach and see the impressive lodge building appear in front of you. Spicers Peak Lodge is famous for its 7 course degustation menu with matching wines and I was not disappointed with the quality of the local produce! There is plenty of opportunity to burn off all that food with mountain biking, guided eco walks, swimming and 4x4 tours all on your doorstep. 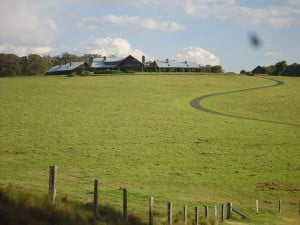 My next destination, the World Heritage listed Fraser Island, was to offer quite a contrast to mountains and ridges. Located just off the coast from Queensland’s Hervey Bay, Fraser Island is the largest sand island in the world and one of the only places where rainforest grows in sand. Over 120 kilometres long and over 25 kilometres across at its widest, Fraser Island is a unique natural environment that has developed over 800,000 years and is home to numerous pristine freshwater lakes and crystal clear creeks plus an abundance of wildlife including  wallabies, possums, echidnas, dingoes, its warm waters attract dugong, dolphins and turtles.

My island home was the Mercure King Fisher Bay Resort, an award winning eco-accredited resort which has been designed to minimise any impact on the environment. Located on the eastern side of the Island is Seventy Five Mile Beach, a stunning natural highway where 4x4 vehicles are allowed to drive up and down the beach. Touring along the sand highways and the beach is also available on specially adapted 4x4 buses.  However, the best was yet to come as Fraser Island is one of only a handful of places in the world where it’s possible to embark on a scenic flight that actually takes off and lands on the beach. As you gain speed for take off the ride is surprisingly smooth across the compact sand and the views as you gain height across the Pacific Ocean to one side and the ancient Fraser Island Rainforest to the other side are truly spectacular. 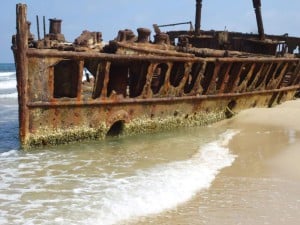 From Fraser Island it’s an easy two hour drive down the coast to Noosa, part of the Sunshine Coast, so called because of it’s year round mild climate and high average temperatures. Noosa is located on a protected cove beach which virtually guarantees perfect surf year round. From Hastings Street, the main strip with boutique shops, cafes and restaurants it’s a short stroll around the headland to the adjacent Noosa National Park which contains a series of walking trails to suit all standards. A 45 minute stroll into the park, for example, rewards you with spectacular seascapes while the Noosa River Everglades and Cooloola National Park are also a stone’s throw away.

I stayed away from the beaches and within the stunning Queensland hinterland. An hour’s drive from Noosa sits the quaint, elevated village of Montville and the Narrows Escape Rainforest Retreat. Close to the Blackall Ranges, Narrows Escape offers six, fully self-contained secluded cottages. Each cottage features a bedroom with large comfortable bed, open plan lounge, dining room and fully equipped kitchens. Other room features include en-suite spa baths, log fires, air-conditioning and sound systems. An evening relaxing in your hammock on the spacious veranda while bbq’ing your dinner is a great end to a hard day’s sightseeing in this beautiful outdoor setting.

Next stop was another island but an altogether less visited and out of the way destination – the stunning Lord Howe Island. With daily visitor numbers limited to 400, Lord Howe is a gem afloat on the Pacific Ocean almost 1,000 kilometers from Sydney. Reached by a two hour flight from Sydney or Brisbane on a 32 seater prop- plane, the World Heritage listed island is dominated by volcanic peaks, with soft meadows and woodlands and fringed by a lagoon with the most southerly coral reef on the planet. It is a place of stunning natural beauty, so much so that Sir David Attenborough called it ‘so extraordinary it is almost unbelievable.’ 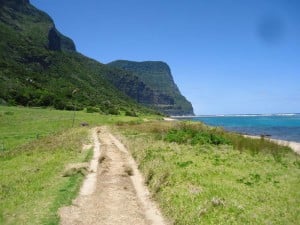 I stayed at Capella Lodge, another member of the Luxury lodges of Australia group. With its relaxed sophistication, Capella feels like a private beach house perched on the edge of a hill overlooking Lovers Bay with views of the island highest peak, Mount Gower. There are very few cars on the island, with bike being the preferred mode of transport - Capella has a selection that can be borrowed so you can peddle off and explore the island, which feels like virtually one of the last remaining paradise islands on the planet, at your own pace. A dip in the sea at Ned’s beach, recently voted one of the cleanest on the planet, snorkelling amongst the fish and reef, is the perfect end to a day spent hiking on the foothills of the island. 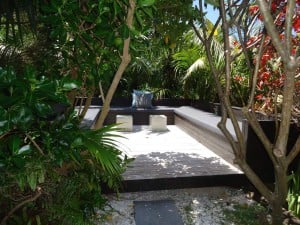 I can’t think of a finer end to a trip to this part of the world then standing on the veranda at Capella Lodge after a hard days “sightseeing”, with a glass of wine watching the sun set over the beautiful Lovers Bay and knowing there is nothing but thousands of miles of sea between you and “civilisation”.