Canada ticks all the boxes: Part One

Whether your passion is seafood or scenery, cultural heritage or vibrant cities, whales or bears, outdoor activities or indulgent spas, iconic sights or must-see events, you’ll find that Canada offers a whole heap of pleasures for singles, couples and families.

Even in some of the most remote corners in the country, you can be witness to an amazing show of natural assets without compromising on creature comforts. Among the most luxurious properties in the west are Clayoquot, an eco resort and spa with 20 deluxe tents, and Wickaninnish Inn, both on the west coast of Vancouver Island. Tucked away at the northern end of Desolation Sound and best approached by helicopter (or water taxi from Campbell River) is the Relais & Chateaux hideaway of Sonora Resort. Among the most sought after addresses in the east are Auberge Saint Antoine in Quebec City, the Hazleton in Toronto, the Halliburton in Halifax, the Four Seasons in Whistler and Bartlett Lodge in Algonquin Park.

If you only ever go on one cruise, make it Alaska. Your ship - and there’s a choice of several - will follow Canada’s west coast from Vancouver (or Seattle) and the fabled Inside Passage. Ports of call include Ketchikan, the salmon capital of the world famous for its resident Bald eagles; Sitka, the former Russian capital of America (Siberia being closer than Brighton to London) ; Juneau, the state capital; and Skagway, gateway to the Klondike gold fields. It is the incredible scenery though that always gets the biggest accolade, a succession of natural highlights that are topped by Glacier Bay, a 70 mile long fjord fed by calving glaciers. 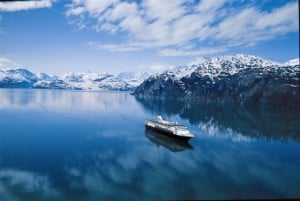 It’s the mother of all rodeos, the largest of its kind in the world. The Calgary Stampede, billed as the greatest outdoor show on earth, takes place every  July and includes steer wrestling, bareback bronco riding, cattle roping and bull riding. Each evening there’s also a show, with chuck wagon racing and circus-style performers, and throughout the ten days the whole town is in full festive mode with square dancing, parades and fireworks. It’s an occasion that feels more like the carnival in Rio or Mardi Gras in New Orleans than something that’s happening in the heart of the prairies!

Aside from five ‘golden’ years at the tail end of the 19th Century, the Yukon has remained a vast, mostly unexplored wild land, populated by just 32,000 people in a region the size of the UK. We would recommend renting car and taking your time exploring before crossing the US border and continuing your journey through the Kluane and Denali national parks of Alaska. But Canada, the second largest country in the world, has vast tracts of wilderness to explore, much of it protected by national parks and reserves, and a thick menu of outdoor activities, from canoeing to dude ranching, hiking to rafting.

View our Canada holidays on the website or call one of our experts on 020 3642 5938 for more information.