Our Australasia expert David Marriott, tells us how to best explore the bustling city of Melbourne.

Not wanting to miss out on some of Australia’s other top destinations, David also stops off at the famous Ayers Rock and Sydney on his way home.

"I flew from Heathrow’s Terminal 3 for my Emirates flight to Australia via Dubai. I was excited to be flying on the A380 my first time on the aircraft and it did not disappoint, I was on the lower deck in economy but had pre booked exit row seats so found it very comfortable and the entertainment, service and food were excellent.

On arrival in Melbourne early in the morning my room was not yet ready but the staff took care of my luggage and gave me access to the Spa where I had a shower followed by breakfast before starting my exploration of the city.

I was staying at the Lyall Hotel about a 30 min walk form the centre in a lovely area called South Yarra,  described as the ‘Knightsbridge’ of Melbourne, the smart restaurants and boutiques giving the neighbourhood a very upmarket feel. Wanting to experience Melbourne as a local, I also went to Brunswick street in the north of the city, spent a few hours in a small park called Edinburgh Gardens and, most excitingly, went to Yarra Bend Park to see the Flying Fox Bat Colony.

The next day I explored South Yarra, drank lots of coffee in several of the trendy local cafes, did some window shopping and lots of people watching, followed by a walk through the Botanical Gardens along the Yarra River and into the centre of town.

I met some friends for cocktails in Federation Square followed by dinner in a Korean restaurant (most Australian cities offer a wonderful fusion Asian and Western cuisine).

A new day, another adventure awaited me in the city. I took a tram to the beach suburb of St Kilda, about 5km from the city centre with lovely white sands and blue water and with a touch of faded glamour. 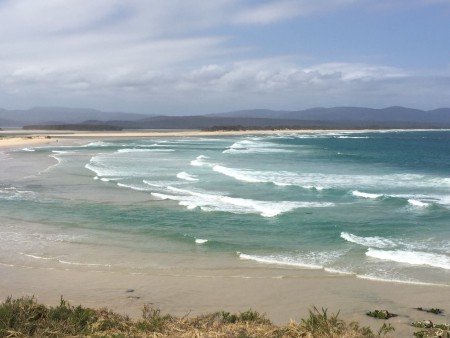 From Melbourne I rented a car and followed the super-scenic coast drive to Sydney, passing deserted beaches, wildlife rich estuaries and scores of small national or natural parks. I spent 3 nights on the journey but wished I’d stretched it to 7 or 8 as there was so much to see.

In Sydney I stayed close to the Opera House in the wonderful Pullman Quay Grand Suites looking out over the Harbour. Although I flew home from Sydney I managed to fit in a side trip to Uluru where I spent two unforgettable nights in Longitude 131, the most outstanding accommodation in the Red Centre with amazing views of the Rock." 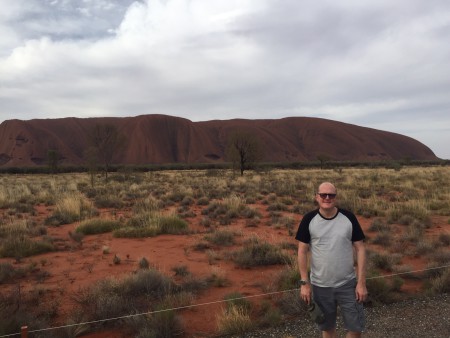