The Princely City of Hyderabad

Ayesha finally gets the chance to tick the city of Hyderabad off her bucket list. With a history of wealth in trade and literature, it is a fascinating city with lots to offer. The epitome of which is the Taj Falaknuma Palace, Hyderabad’s crown jewel.

Ayesha is an expert on travel to the Indian Subcontinent specialising in Bhutan, India, Nepal, Borneo and Sri Lanka.

I had been waiting for several years to visit the fascinating city of Hyderabad at the crossroads of the Deccan Plateau in Central India. Thanks to Jet Airways and the Taj Group of Hotels, my wait was ended in the summer of 2015.

A multitude of influences has shaped the character of the city in the last 400 years and its fortunes rose during the 16th and early 17th centuries when Hyderabad became the centre of a vibrant diamond trade. All seven Qutb Shahi sultans were patrons of learning and great builders who contributed to the growth of Indo-Persian and Indo-Islamic literature and culture in Hyderabad. During their reign, the city was one of the leading markets in the world for pearls, steel, arms and printed fabric, as well as diamonds.

Subsequent rulers who added to the wealth and power of Hyderabad have included the Mughals and successive Nizams (administrators of the realm) of the Asaf Jahi dynasties. In the 1930’s the Nizam of Hyderabad was the richest man in the world and at the time of Indian Independence in 1947, Hyderabad was the largest and most prosperous of all princely states in India.

The jewel in Hyderabad’s crown is arguably the most opulent yet stylish luxury palace hotel in India - the Taj Falaknuma Palace. Falaknuma translates from Urdu as ‘Mirror of the Sky’ and this fabulous palace could almost be a reflection of the heavens. You arrive in true royal style by horse drawn carriage to a rain shower of rose petals. European inspired and scorpion shaped, Falaknuma was built over a period of 10 years from 1884 to 1894, but it took a further 22 years to decorate the palace with incredible artefacts, classic furniture, drapes, carpets, venetian chandeliers and impressive artworks from all over the world. 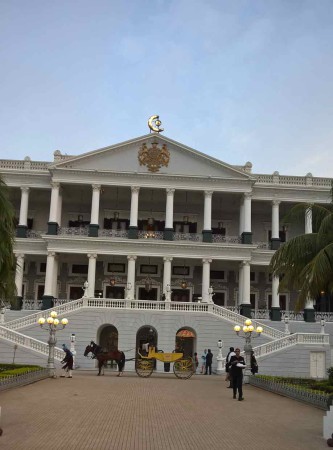 Falaknuma was re-opened in 2010 following a extensive ten year renovation and restoration project by the Taj group of hotels, who now invite you to live like a Nizam at the palace. I was shown round by the in-house historian and was completely overwhelmed by such highlights as the Jade drawing room, Queen’s gossip and powder room, State ballroom, Imperial library and the world's longest dining table which seats 101! 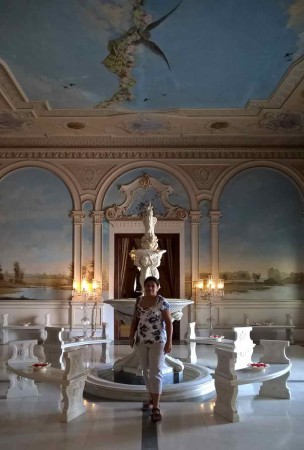 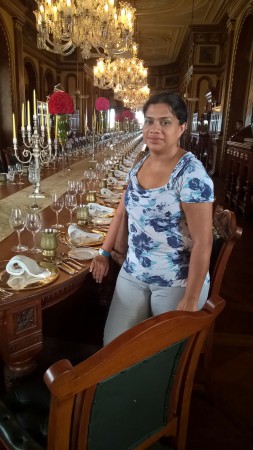 Hyderabad today is a thriving modern Indian metropolis, but with its ancient treasures very much intact and much to see and experience - the Charminar, Mecca Masjid, Chowmohalla Palace, Qutub Shahi Tombs, British Residency, Salar Jung Museum and Golconda Fort are all a must. The Persian and Turkish influenced Hyderabadi cuisine was an absolute treat as well, and the distinctive Sufi inspired Qawwali music touched the very depths of my soul!