Sleeping Lions of the Serengeti

Augusta von Preussen meets the lions of the Serengeti.

“Sleeping lions, tree climbing lions, roaring lions, mating lions…they have them all in the Serengeti. I spent a week traversing the plains of one of Africa’s largest game reserves, staying in a series of wonderful Asilia and Nomad camps, and lost count of how many I saw.

The Serengeti is dotted with kopjes - large stone or boulder outcrops and the first place one should head for a spot of lion watching. The granite soaks up the sun’s rays, making the perfect hot plate for a snoozing cat at dawn and dusk, and the rocks provide shade when the sun is at its strongest. The height of the kopje is also invaluable for spotting prey and protecting territory from rival prides. 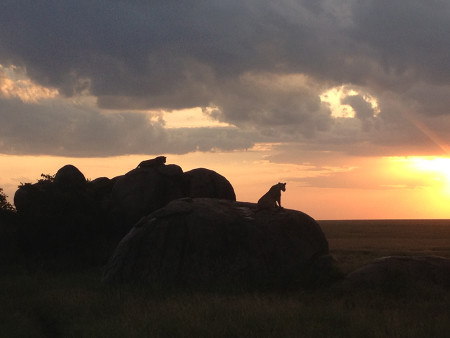 The next place to look is in the trees. Unusually, some of the Serengeti lions have taken to scrabbling up the trunks of acacias to sleep safely in their branches, but lacking the innate skill of their leopard cousins they often fall out, sometimes from a worrying height, and land with a thud and a dazed expression. Nor have they quite worked out that one small acacia branch is unlikely to support the size and weight of three growing teenagers! 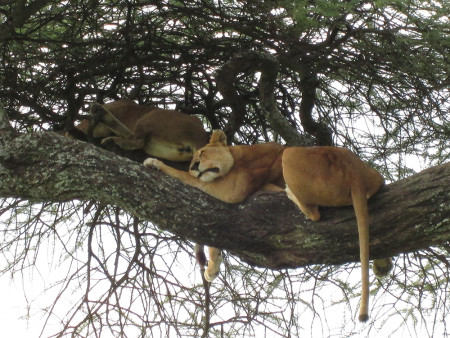 Then there are the lions you come across by chance. A particularly boisterous pack of males were playing rough and tumble by the side of the track when we rounded the bend. Fascinated by the spinning tyres, our jeeps became their play toy and we were chased by six hunks of muscle with hungry glints in their eyes and far too much testosterone for their, and our own, good. Luckily, with metal pressed firmly to the floor, we were able to escape this time…. 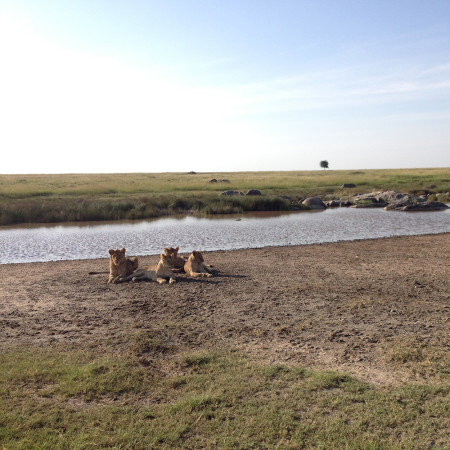 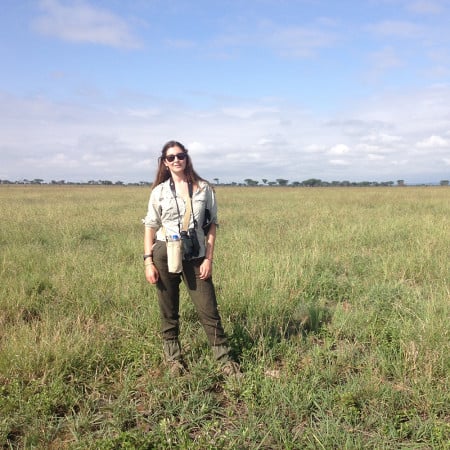 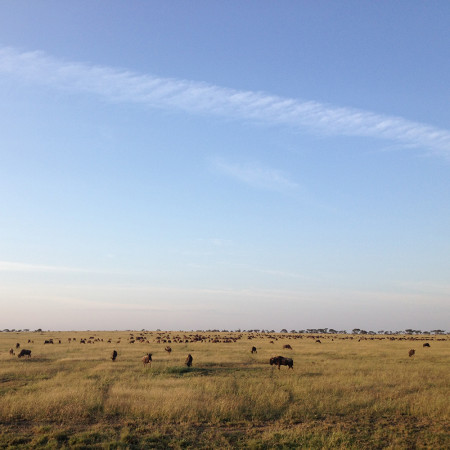 And at night, you may not be able to see them but you can always hear them. Frustratingly, I have always slept far too soundly in the bush and been envious of the stories my fellow campers had to tell of being woken by the guttural call of a male lion in the early hours. But not this time. The lion prowling through Dunia Camp one night clearly wanted to make it up to me, huffing and chuffing to make his presence known, almost convincing me that his close proximity wasn’t some trick of the mind – easily done in the dead of night with just thin canvas walls and a guy with a torch protecting you. 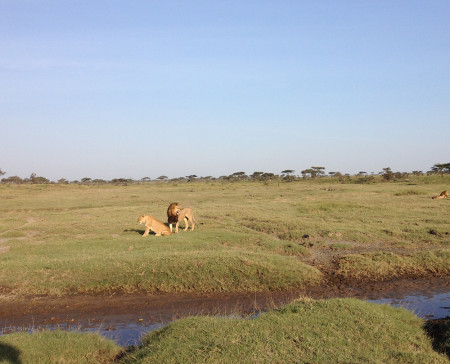 I should have listened to my mind. The following morning, the kitchen staff surprised three lions loitering in the dining tent. They were chased away, but not before they had snatched a decorative wicker warthog as a trophy…later found under a tree with a broken neck!

The night is also time for more amorous activity. Retiring to my beautiful room at Lamai Serengeti Lodge after a delicious candle-lit dinner, a full moon hovering over the plains at the foot of my bed and a hot water bottle tucked under the sheets, all hopes of a deep, untroubled sleep were soon shattered by a “what on earth is that sound?” moment. A yowling and howling echoed through the valley, followed by a blood-curdling roar. Except it wasn’t just a moment. No one got much sleep that night as the feline loving couple we had seen at sundowners earlier in the evening enjoyed a honeymoon marathon!"

View our holidays to Tanzania.