Hot air ballooning across the Busanga Plains, canoeing down the Zambezi – Tor Saner reports on an action-packed safari through some of Zambia’s most remote wildlife reserves.

"Victoria Falls conjures up extraordinary images of water in phenomenal amounts and with phenomenal power cascading down the vertical flanks of a yawning chasm. Now late October, it was hard to believe that I was even in the right place.

Stark cliff faces dominated the view with nothing more than a trickle of water here or there. Not quite the picture postcard, but it still lived up to its local description, ‘The Smoke that Thunders’. And although the Zambian side of the falls may have all but dried up, water flows all year across the border in Zimbabwe, so it was certainly worth a quick hop across.

From Livingstone, I flew east to the Lower Zambezi National Park. All the camps offer game drives, but nothing quite beats canoeing down the Zambezi and navigating your way past crocodiles and hippos as elephants cross the river directly in front of you. The park also boasts some of the world’s best tiger fishing (August and September are peak months). The Lower Zambezi’s newest camp is Anabezi. Game viewing here is fantastic - three different leopard sightings, a pack of lion hunting and a large herd of buffalo in one short evening drive, and still time for a gin and tonic as the sun set over the river! 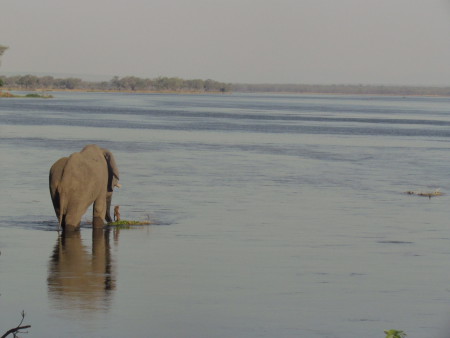 Next stop, Kafue and the Busanga Plains. For much of the year Kafue is under water, making it a birders’ paradise, especially in the summer months. October however brings not just the heat but the bigger game as well and you are likely to find lion and elephant as well as the odd leopard and cheetah. I also saw large groups of red lechwe, sable and roan antelope - a first for me, but the absolute highlight was hot air ballooning over the plains. 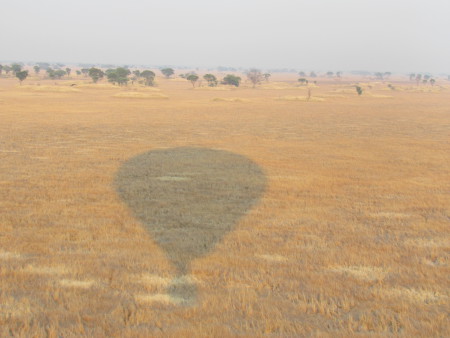 Flying low over hippo pools then high above tree tops gives you a fascinating new perspective of the bush and I loved every magical second of it. The ballooning is run by Wilderness Safaris from both their luxury Shumba Lodge and more rustic Busanga Bush Camp in the dry season from August to October.

Saving the best till last, I ended my adventure in the South Luangwa National Park, home of the walking safari as well as a very healthy leopard population. This is where the late Norman Carr and his apprentice, Robin Pope, became household names in the field of conservation tourism, and any Zambia safari would be incomplete without a stay at one of their bush camps where the walking safari was pioneered. My own walk began at 5am with breakfast around the camp fire as the sun rose slowly over the Luangwa River.

The next few hours were spent on foot in the company of a professional guide and armed scout, looking for bush clues - a few hyena dropping perhaps or bones marking the remnants of last night's kill - rather than the larger game. It is of course a bonus if you come across something, and we were lucky enough to meet a tower of giraffe and a herd of impala, but a walking safari is more about the signs, the smells and the little creatures around you. As my guide so succinctly put it, “a walk is like reading a book, while a game drive is like watching a film.” Try if you can to combine a longer walk from camp to camp, as this is the best way to learn about the bush and to recreate what those early explorers must have experienced, with a couple of days at one of the permanent lodges. These will offer game drives and therefore the chance to see leopards at night - something for which the Luangwa is world-renowned. 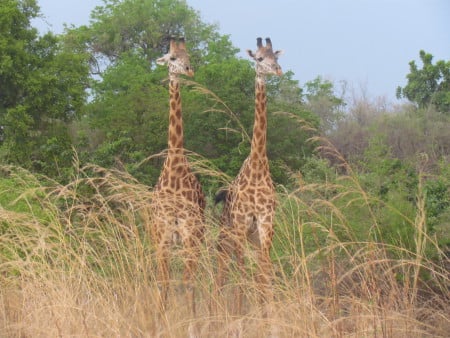 Zambia has just celebrated 50 years of independence and is now firmly on the safari map. Its peoples are fun loving, its game reserves wild and remote, its bird life spectacular and its leopard sightings never ending! Whether you’re a seasoned Africa hand or first-time novice, I am sure you will love it as much as I did!"

N.B Victoria no longer works at The Ultimate Travel Company, but any of our other Africa experts would be delighted to help you.