Florence and the Tuscany Coast

Richard French ‘braves’ the Italian winter, much to his delight.

“Florence in February? Well, I flew into Pisa Airport under glorious blue sky, was driven to the Hotel Brunelleschi in the heart of Florence and opened the window of my Duomo Suite to be greeted by the heart stopping rooftop view of this lovely city and its magnificent Duomo glistening in the afternoon sunshine.

Richard can organise worldwide travel specialising in the Caribbean, Europe, cruises and skiing.

Time therefore for some serious sightseeing on foot while the sun shone. I started on the Piazza della Signoria, home to the world renowned Uffizi Gallery as well as the statues of Neptune and David (the fake one!), before moving on to the Ponte Vecchio in time to watch the sun begin to set over the Arno River flowing through the arches of this most iconic of bridges. A quick turn around then took me across to the Piazza Santa Croce and its eponymous Basilica where such luminaries as Michelangelo, Machiavelli, Galileo and Rossini are buried.  No wonder this beautiful church is known as the Tempio dell’Itale Glorie. 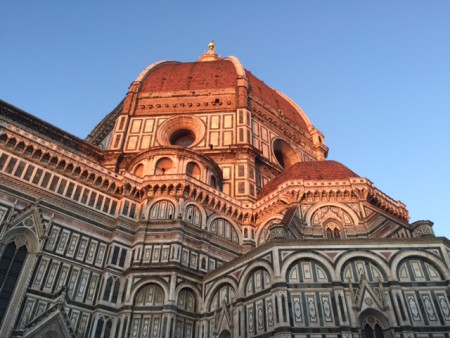 The temperature dropped markedly as darkness fell, but it was still pleasant enough for an evening stroll to the Piazza della Repubblica for a drink and a canape or two at Rocco Forte’s Savoy Hotel before returning to the Brunelleschi for dinner at its fabulous Ristorante Santa Elisabetta. 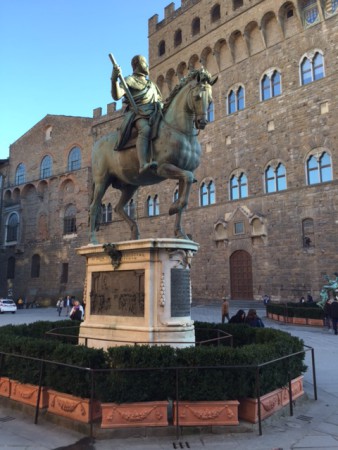 There was no need to place an alarm call at the hotel. The bells of the Duomo toll at 7am every day, but this only adds to Florence’s heady atmosphere and in any case I was on a tight schedule. A quick breakfast in the Sala Liberty and I was off to visit the Four Seasons Hotel Firenze, adjacent to the botanical splendour of Giardino della Gherardesca and occupying two historic buildings - the 15th century Palazzo della Gherardesca and the 16th century Conventino. A brisk 10-minute walk then took me back to the Duomo for a quick tour of Florence’s landmark attraction and a light but delicious pasta lunch at one of the city’s numerous trattoria, before driving the 100 or so kilometres west to the coastal town of Viareggio on the Ligurian Sea.

Viareggio is world famous for its annual carnival, which takes place in February and draws thousands of visitors of all ages. The four Sunday parades with their spectacular floats that are inspired by current events are the main attraction (there is also a fifth one on Shrove Tuesday), but there is a festive spirit to the town throughout the month that is intoxicating.  I arrived right in the middle of it all!

The best place to stay in Viareggio is the Grand Hotel Principe di Piemonte, which occupies an enviable position on the seafront with its own private beach and sea water swimming pool. There is also a heated pool with two sun terraces on the 5th floor of the hotel. Indeed, each floor has its own distinct flavour - 18th century French on the first, Art Deco on the second, colonial on the third and neoclassical on the fourth. Rooms on the top floor are more modern in design and have terraces or balconies with sea views.

The food is also superb, whether you choose to eat at the Michelin-starred ‘Piccolo Principe’ or the ‘Regina’ that specialises in traditional Tuscan fare. And if you cannot go in February, then visit in July and August and book tickets for the Puccini Festival at the nearby village of Torre del Lago, where this revered Italian maestro composed some of best loved operas."

View our holidays to Italy. 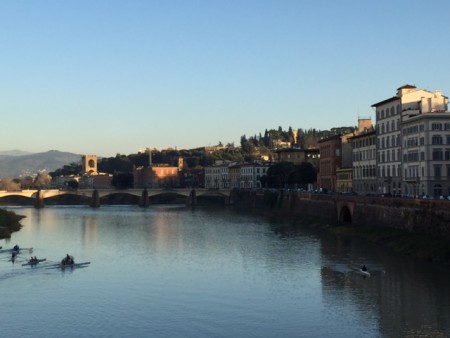