The Uyuni salt flats, Lake Titicaca and the Atacama – just a few of the fantastic destinations that Laura, one of our Latin America experts, recently visited on a recent trip to South America.

I am just back from a cross-border journey from Bolivia to Chile, an incredible odyssey that began with a flight into the highest airport in the world at La Paz. An experience in itself, and one which can leave you a little breathless at times, but the key is to drink plenty of water and to take things very slowly.

Bolivia's capital is a whirlwind of colour, vibrancy and noise, and I was fascinated by the Aymara women in their traditional colourful dresses and bowler hats, the lotions and potions that can be found at the nearby witches’ market, and the brooding presence of snow-capped Illimani rising above the city. I stayed at La Casona, a 17th century colonial building that has been restored and converted into a beautiful boutique hotel.

Next stop was Lake Titicaca, where I was greeted by local Aymara Indians and invited on to one of the reed islands for an insight into their remarkably sustainable way of life - they live off fish, birds, reeds (100% fibre), and the sale of handicrafts. The lake itself is an intense and magical blue, with the best views of its vast expanse from the summit of Sun Island. The Posada del Inca here is a perfect retreat for trekkers and escapists, as well as watching the crimson red sunsets over the lake. 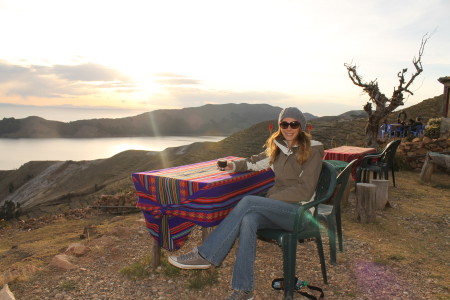 I then stopped briefly in Sucre, a far cry from the hustle and bustle of La Paz with air that is easier to breathe (being at lower altitude) and an enjoyable Mediterranean climate. Sucre is home to some excellent museums and churches, my favourite being the convent of San Felipe Neri with spectacular views over the ‘white city’.

From Sucre, I drove to the mining town of Potosi for a brief tour of one of the mines - the sound of exploding dynamite inside, as well as harrowing tales of the miners' experiences, are not things I shall forget in a hurry!

I then headed south towards Uyuni. I was hugely looking forward to my traverse of the largest salt flats on earth and I was not to be disappointed. White horizons stretched for endless miles in every direction, and I was even treated to a private lunch on the middle of the flats by the chef of the newly launched Airstream Camper (an amazing place to spend the night), with a view of Tunupa volcano and the flamingo-filled lake at its base all to myself. 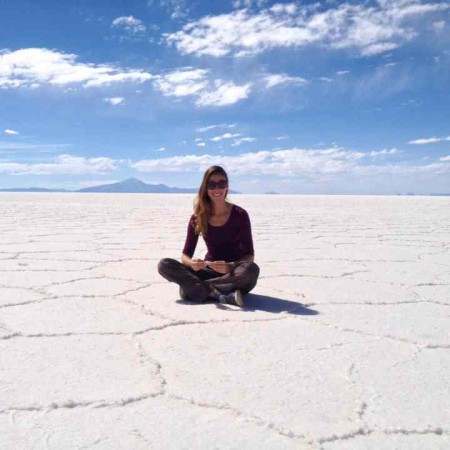 Laura on the Salt Flats

As I continued south to San Pedro de Atacama, I was greeted at regular intervals by blue, green, red and white salt lakes, each with their own distinctive flora and fauna, snow-capped mountains, lush green rolling hills, thermal springs and even geysers. It was, admittedly, a long and tiring journey, but a truly breathtaking one at the same time. I ended with three nights at Tierra Atacama, where I was simply blown away by the service, accommodation, food and excellence of its local guides. Riding through Death Valley, biking to Cejar Lagoon to float in the middle of a salt lake and star-gazing from the hotel’s extraordinary observatory were the perfect end to an unforgettable adventure! 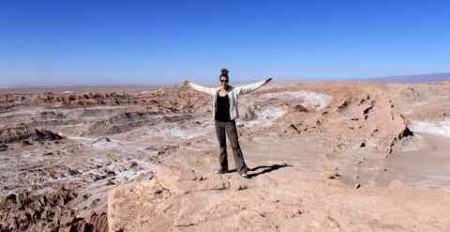 View our holidays to Bolivia here>>